Time manangement is one of those things I return to from time to time. We're always being told that we need to be more efficient with our time ⏱. It's a limited resource and we need to maximise it. The problem is I've never found a system that works for me. Recording what you're doing with your time is useful, there's no doubt about that. It can show you where your time is really going, and it can show you where gains can be made by managing it.

Problem is, recording time is a bit of drag and you have to do it consistenly otherwise it's worthless. My attempts at time recording follow a fairly predictable pattern. I'll download a new app or try a new methodology, use it for a few days or weeks, and then stop. The hassle factor is too high, the habit isn't formed, usage is too difficult.

However I recently came across a new spin on the mechanism of time recording. It uses a physical device to start and stop it's recording of time. It's a device called the Timeular Tracker (https://timeular.com/).

It's an octahedron that you move from face to face to start and stop activities. The activity associated with the uppermost face is the one that it's currently recording. If it's balanced on a point, then it's off. The shape limits the number of tasks it can physically monitor to eight, that's the octo- bit 😊. In fact the app for this device, can monitor more than 8 activities, but the Timeular Tracker can only activate eight of them. The price tag, once you take into account the need for an online subscription, means you're somewhere north of a hundred pounds for a year's worth of activites.

The advantage of this of course is speed and ease of use. To end one activity and start a new activity you just tip the Tracker so a new face is upper most. Quick and easy. The disadvantage is that it's really designed for someone who is sitting at a desk when they work, or at the very least is in one physical location. As soon as you're on the move it loses it's value. This still leaves a pretty wide audience 😊.

This got me thinking about how I would record time if I could only use eight activities. Initially I thought this was impossible, but when I thought about it, I realised that a lot of things I do are very similar. When you write something, or you dig the garden, or you build a dashboard, you are doing something, you are creating. When you have a meeting or take a phone call, you are interacting with people. So perhaps rather than trying to track individual activities I could track categories of activities. I also realised when I started thinking about categories, that I do a lot of the same things, but in different places or environments. Which lead onto the concept of the context ...

context: (noun) the circumstances that form the setting for an event, statement, or idea, and in terms of which it can be fully understood.

So for example, I might plan something, like a holiday at home or a project at work. Planning is the activity, home and work are the contexts. So a context might be work, or home, or travel, or a hobby, or a project.

So what categories are we talking about? If we start at a high level, we might have:

That would actually cover a lot of what I do, though at a high level. They're all categories of activities. Generally speaking the things in brackets are the actual activities.

The list above list is not exhaustive, nor is it definitive. And indeed anything like this will, almost by definition, be very personal. Different things are important to different people. For some people, planning and researching are the same thing. For others, family time may be overridingly important and deserves to be tracked separately. A manager is probably going to be very interested in how much time they spend managing people.

So at this point, as the title says,  we've got categories, activities, and contexts 😊.

The fly in the ointment

So if I used the Timeular Tracker I'd have to make a choice. Do I want a high level view that would record most of the hours in a day but with limited usefulness ... or do I want enough granularity to be useful, but have to skip recording some activities. That's the decision you'd have to make when you're limited to only recording eight possible acivities.

So where is this going?

I think the Timeular Tracker is a great idea, but I don't think it's worth the price tag. Being able to track things by physical action is a really neat idea, but it needs to be more granular (perhaps touch switches on the face?) and it needs a way that it can be used when a person is on the move.

Will I be getting one? Probably not, but is a great idea and it defintely got me thinking about time recording again 🙂.

After writing the above I came across this review of the Timeular tracker ...

In the review it references a paper by Gonzalez, Victor & Mark, Gloria (2004) which looking at activities and how much time people spend on and activity and how quickly they switch from activity to activity. The results are surprisig - people switch activity every 3 minutes. However they also used the concept of Working Spheres, which are groups of related activities, and found that people spend longer in those, typically spending 12 minutes in a sphere.

Most current designs of information technology are based on the notion of supporting distinct tasks such as document production, email usage, and voice communication. In this paper we present empirical results that suggest that people organize their work in terms of much larger and thematically connected units of work. We present results of fieldwork observation of information workers in three different roles: analysts, software developers, and managers. We discovered that all of these types of workers experience a high level of discontinuity in the execution of their activities. People average about three minutes on a task and somewhat more than two minutes using any electronic tool or paper document before switching tasks. We introduce the concept of working spheres to explain the inherent way in which individuals conceptualize and organize their basic units of work. People worked in an average of ten different working spheres. Working spheres are also fragmented; people spend about 12 minutes in a working sphere before they switch to another. We argue that design of information technology needs to support people's continual switching between working spheres.

I think their "working spheres" are very similar to my idea of categories from above. I was tickled pink to discover this, because it means that my idea isn't so wild. Other people have noticed the same thing 👍🏻😀. 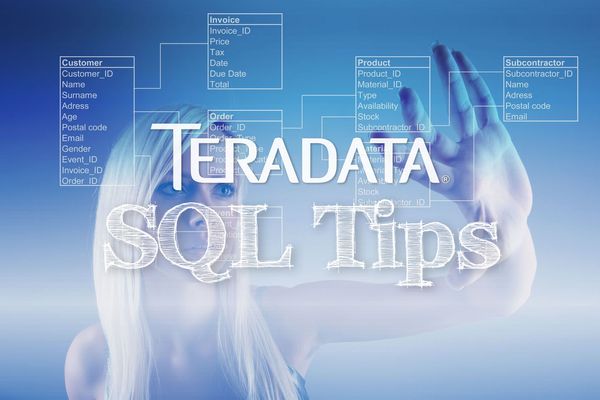 Some useful SQL that lets you find how much disk space your database and tables are actually using.