We were walking the dogs last night and we had a real wildlife walk :-)

They've been baling the straw in the local fields and it all looked lovely with the dark sky. However I suspect the farmers were not quite as impressed with the sky as I was. 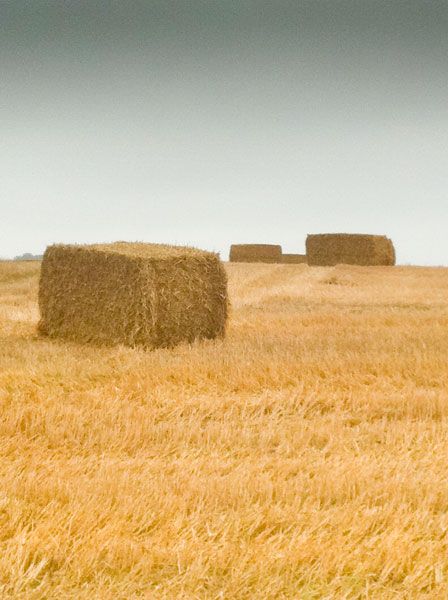 Now, either I'm shrinking, or the bales are getting bigger. I thought things were supposed to get smaller as you got older (see the great Wagon Wheel debate here). 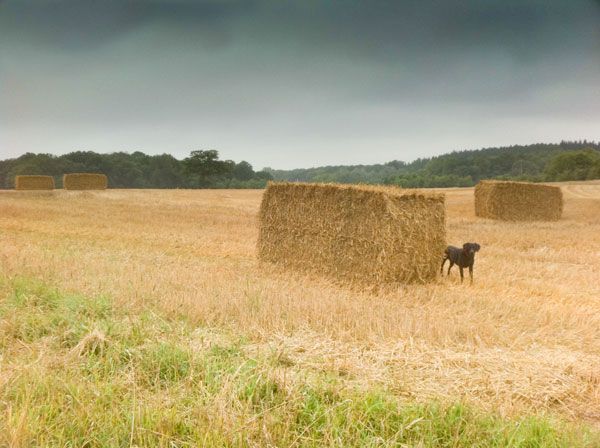 I'd be impressed if you can throw one of those on the back of a hay cart - I'd also be very polite to you.

In the woods the dogs suddenly started going ballistic round a pile of sticks at the based of a tree. This normally means they've got a whiff of something small and furry. You can get a fair indication of how strong the scent is by how quickly the collie's tail is wagging ... the faster it is, the fresher the scent. The collie's tail was practically falling off she was wagging it so hard. The labrador is not quite as clued up on this chasing of small animals as the collie is so she generally runs around excitedly pushing her nose in, wherever the collie is pointing, in the hopes that "something exciting" will happen. At this point we noticed a rather unusual "bird" sitting up in the tree surveying the whole scene below with the disdain of someone who knows dogs can't climb trees. 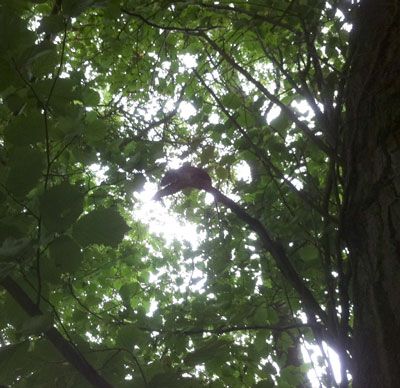 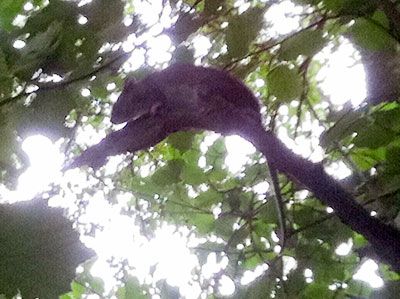 He'd obviously been in the pile of wood but had very sensible scuttled up the tree as we approached with the dogs. This is a rat with a great survival instinct and we think he'll go far. I will admit that part of our admiration for him was that he was in the middle of the woods and not in our stables. Rat in woods = good rat, rat in stables = bad rat. One the basis that he was a good rat we left him safely in his tree and took the dogs off to complete the rest of the walk.

On the homeward stretch of the walk it got even better - we saw a grass snake. A real, live, honest to God (it was in the churchyard) grass snake. No pictures I'm afraid - they can move very fast when they want to, but we got a lovely view of the two yellow diamonds just behind his head. He shot into the hedge much to the amazement of the dogs. They were not sure what to make of non-furry thing that wriggles and decided to give it a wide berth just in case it ate dogs.

If your wondering how we're sure it was a grass snake, there's a great video where Simon King shows you the difference on the BBC website (requires Flash) (alternative location on YouTube but low quality)

“My mother early on taught us to respect all animals, and I mean all animals - not just cats and dogs but rats and snakes and spiders and fish and wildlife, so I really grew up believing they are just like us and just as deserving of consideration.” — Joanna Lumley