I said in the previous post that we were going to get enough sleepers to prototype the raised beds. Well today, being a Saturday, was the day that we could pop over to our local reclimation yard to see what they had :-)

The good news was they had plenty of reclaimed ex-railway sleepers and they looked good. They were supposed to be £22 each but we bargained and got 10 for £210 (£12 each). I think they're pine, actually I really quite sure they're pine, especialy after we cut one in half (but more of that later) :-)

We don't have a car at the moment, we just don't have the need ... so how did we get them home? Well, although we don't have a car, we do have a horse lorry, and horse lorries are absolutely great for transporting just about anything to do with DIY and gardening :-)

The chap at the reclimation yard helped us load them with a fork lift truck which was great. Unloading them once we got home was a far more back breaking task :-(

Eventually we had them stacked in the garden, helped by a collie of course :-). Once we had them stacked up the question about building the beds flat-on or end-on became obvious. End-on would be more than sufficient for strength and would let us get more height for the same number of sleepers. These things are SOLID. 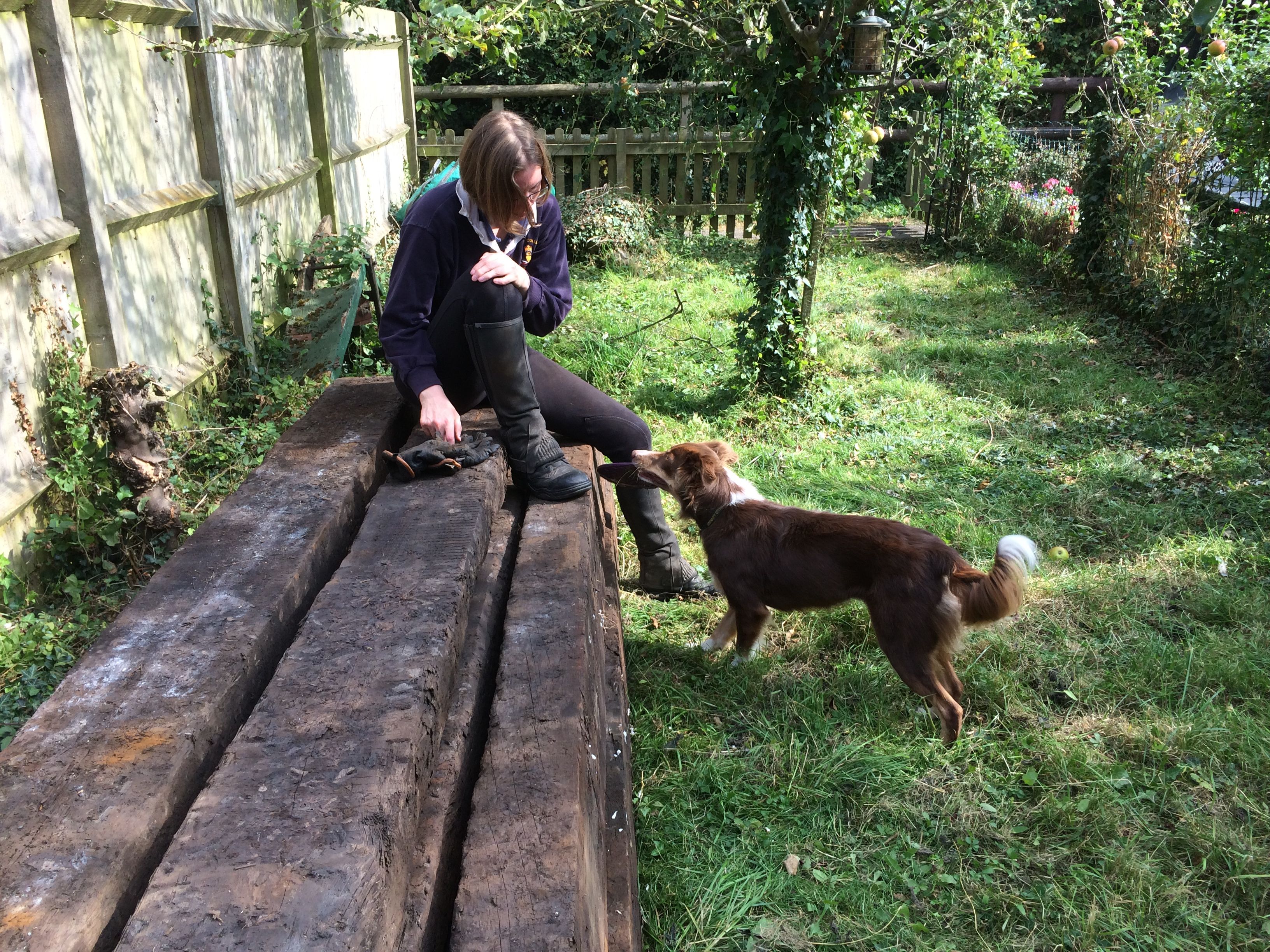 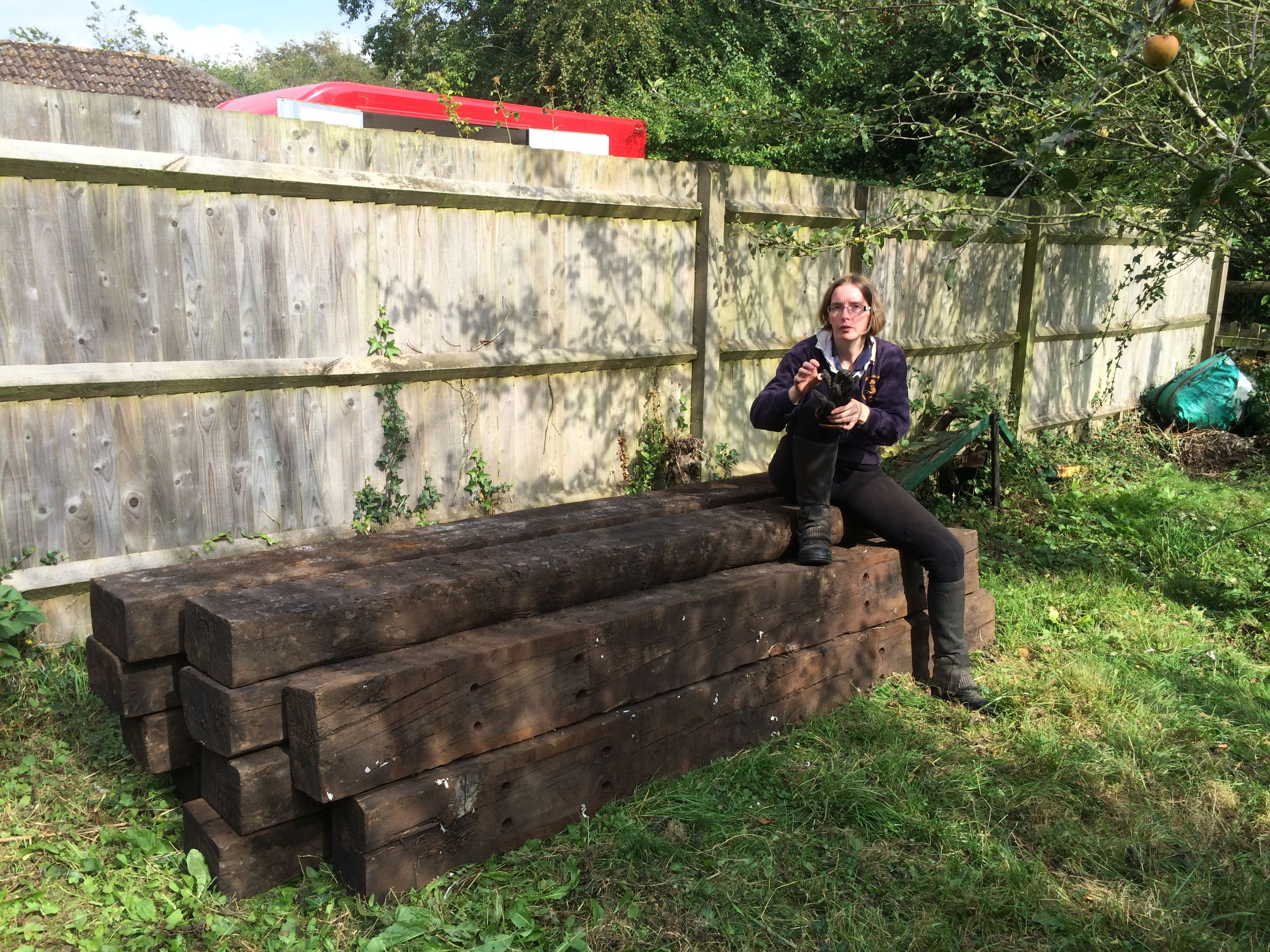 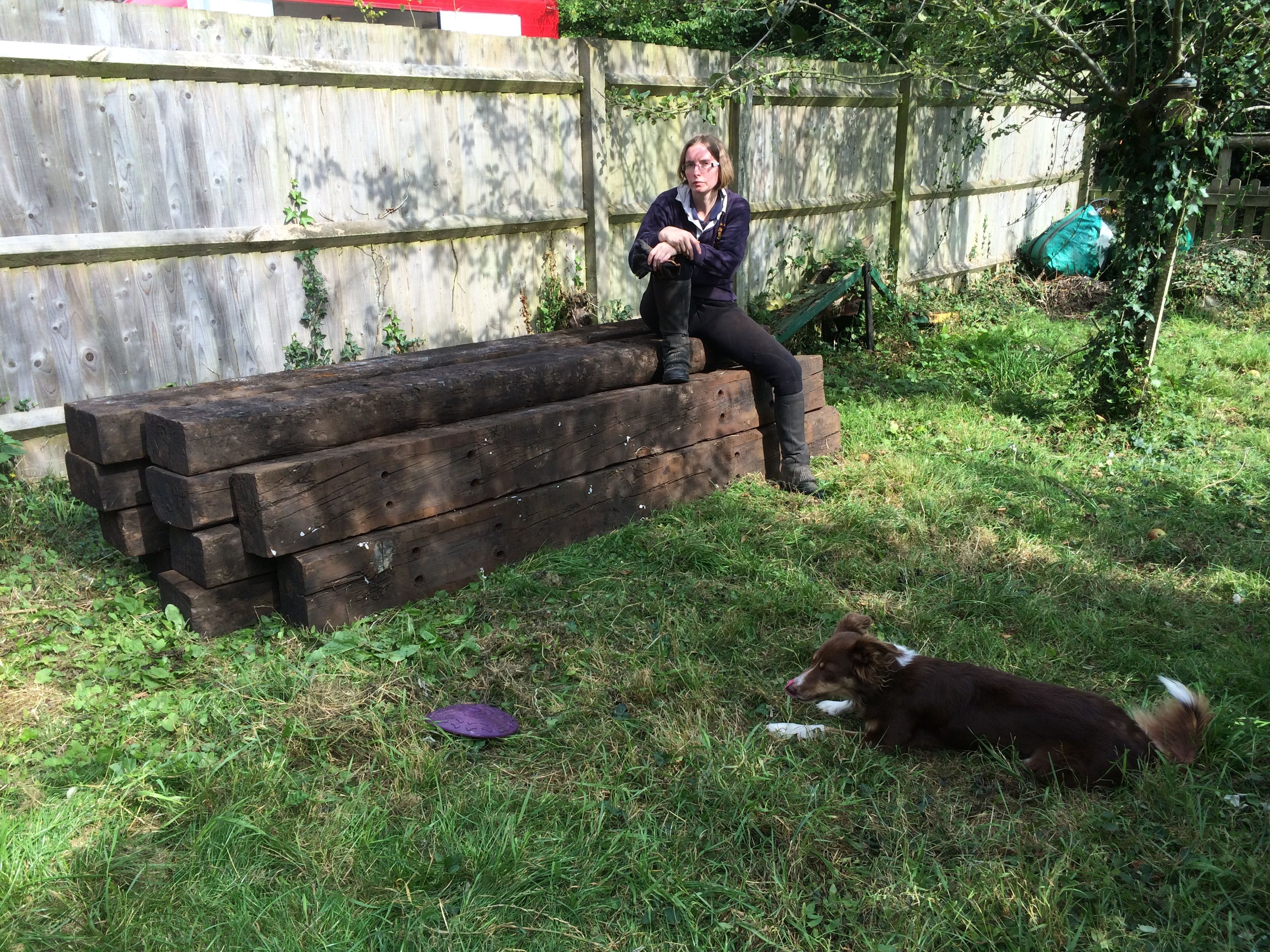 However we were knackered after unloading them so we decided to reward ourselves by heading off to the local cafe at Pride & Joy for tea and cakes and a garden planning brain-storming session :-D.