Having decided that the sleeper raised beds would be built end on, we laid our first one to see how big it was going to be in real life. And the answer is, pretty big :-) 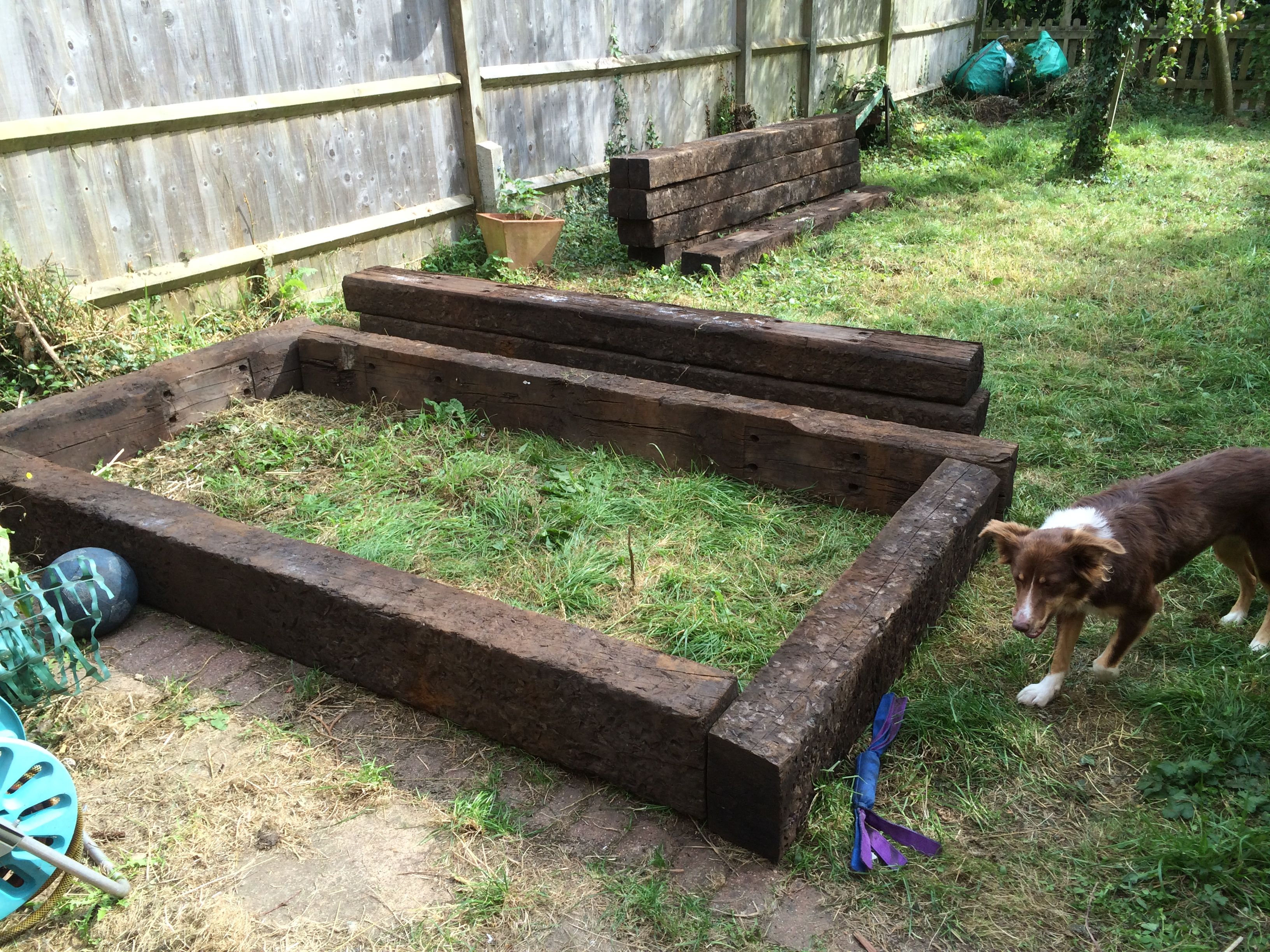 We're really pleased with how it looks. Testing it out, the size is confortable to reach across. To make a layer needs 3 sleepers. Two full sized ones and another one cut in half. At the moment I've only got a hand saw, so it was quite an effort to cut an entire railway sleeper in two, but it worked ... eventually. We also tested out the space between the beds to make sure we could fit 4 beds in and get the wheelbarrow in between them. A bit of testing convinced us that 3 feet works well. It's enough space for the wheelbarrow to fit and for us to comfortably fit in as well :-)

We also tested the height. Each sleepers is supposed to be 10" x 5", but we found their slightly smaller than this so a single layer was about 9.5" high. We cut a second sleeper in half so we could pop a second layer on the bed to see how the height looked. 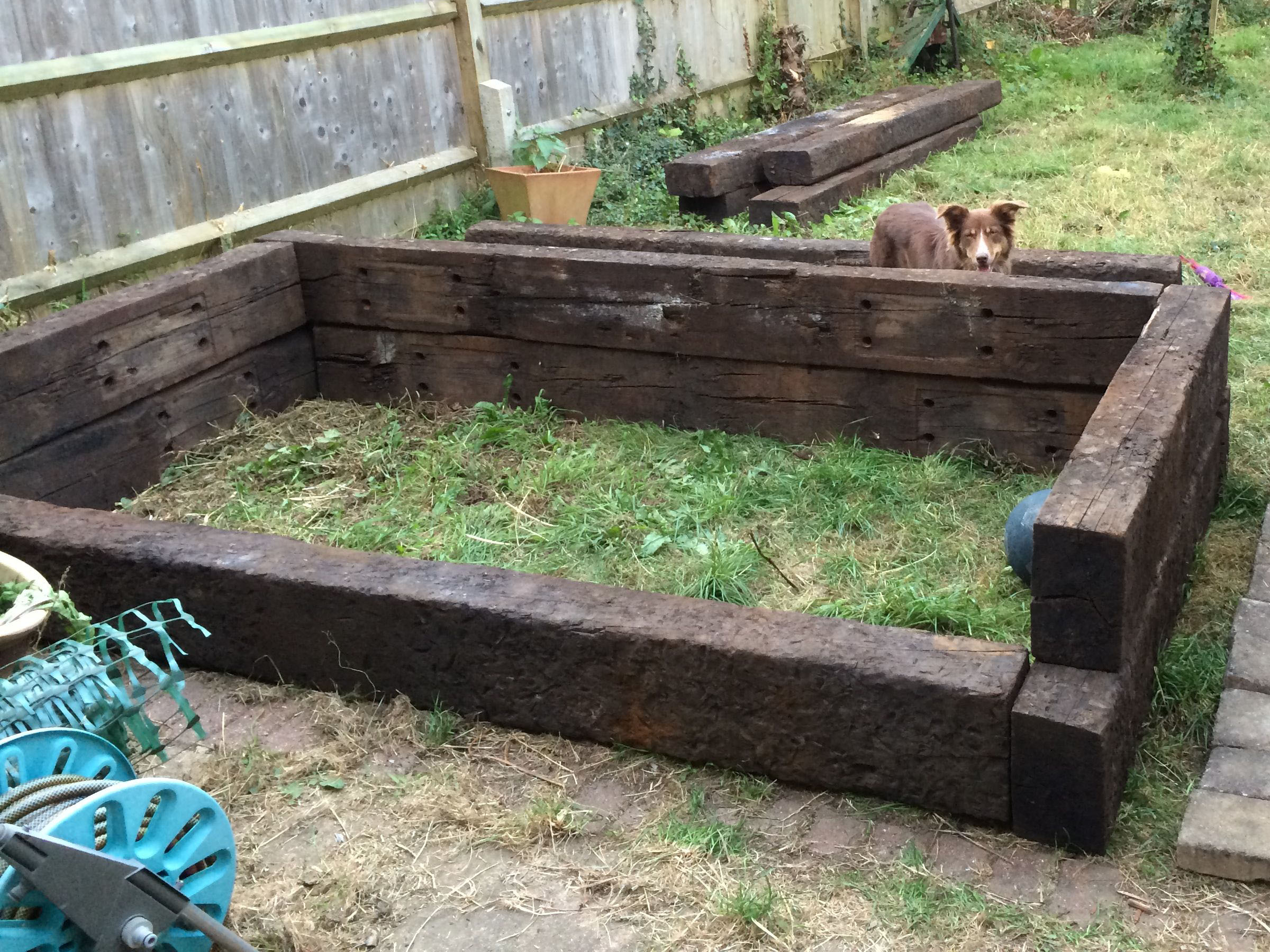 One thing is clear - these are going to be some serious raised beds :-) Putting a second layer of sleepers on the bed gives us a height of about 19" (48.5cm). By a wonderful concidence this is almost exactly the right height for putting a straw bale in the bed. By another wonderful coincidence it's also a very comfortable height to sit on :-)

We were debating if we should go to 2.5 or 3 layers. 2.5 layers would mean having the top layer of sleepers side-on rather than end on. However having seen the bed in real life now, we don't think more than 2 layers is needed.

We were talking about how to fix them together. We're going to put coach bolts on the corners and rods in between the layers. To be honest, once they screwed together you won't need much to hold the two layers together, the weight of the sleepers themselves will do that.

Whats really come out of this proto-typing process, is how solid these things are going to be. There is no way they are going to shift or warp!

Finally, we've got a picture of Andie lying down in the bed so you can get a sense of the scale :-)