Can you alter someone's behaviour by changing the definition of a word? I started to wonder about this after I read an article in this morning's Metro newspaper -

"A staycation? It may costa packet" 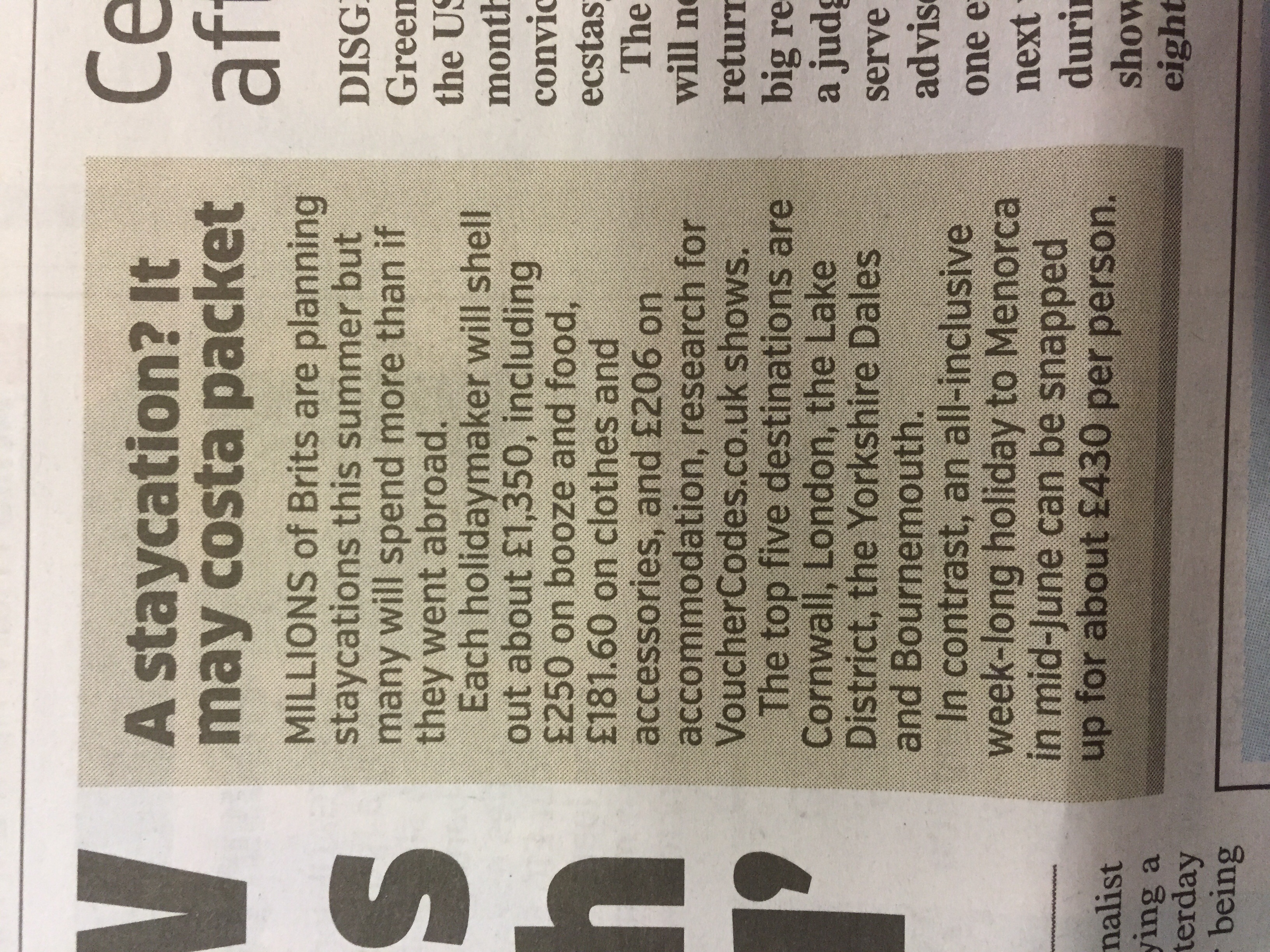 It basically says that it may be cheaper to have a holiday abraod, rather than stay in the UK at the moment.

At first I thought it was bad journalism - "staycation" is a holiday where you stay at home, surely. But I love to be able to back up my assertions with facts, so I decided to double check by looking for definitions online. Sure enough, Wikipedia defined it as ...

A staycation is a period in which an individual or family stays home and participates in leisure activities within driving distance, sleeping in their own beds at night.

The Oxford Dictionaries defined it as ...

A holiday spent in one’s home country rather than abroad, or one spent at home and involving day trips to local attractions.

So we're seeing some variation creeping in here, it now talks about staying at home or one's home country.

Similarly Merriam-Webster defines it as ...

a vacation spent at home or nearby

Again that ambiguity has crept in, it's no longer just at home, it could be nearby.

"Staycations" became popular during the global recession of 2009, and especially in the UK where the weak pound made holidays abroad very expensive. People didn't have much spare money and what they did have needed to go as far as possible. They stayed at home and travelled out to local attractions. So the word staycation was born. It was used to tell friends that, although you were at home, you were still on holiday, just as Wikipedia defined it. It rapidly grew in popularity and was even included in the OED in 2010.

So how did the definition change, and why?

I think it was changed by the holiday industry ... perhaps not consciously, but they did change it. Their problem was they couldn't sell you a staycation. They couldn't sell you a bed in your own house, or meals in your own kitchen. Their livelihood was disappearing, and everyone was talking about staycations instead of holidays. So they did what any sensible business does, they tried to give the customer what they wanted. The customer wanted a staycation, so they offered them a "staycation".

And so, I think the definition of the word was changed slightly. The funny thing is, we now have specific word for a holiday in the UK, which was always called a holiday anyway ... and no specific word anymore for a holiday where you stay at home, but take time off from work. We had one briefly, but then we lost it again :-). Perhaps we should invent another new one, we could call it the "homecation".

Thus, we could have:

That should cover all the options.

So what about altering people's behaviour, well they got people away from staying at home saving money, to going away on holiday and spending money again just by changing the definition of the word.