A snippet article in today's Metro caught my eye this morning. It was about a "new" technology using LEDs to provide a Wi-Fi like experience but with 10 times the bandwidth. 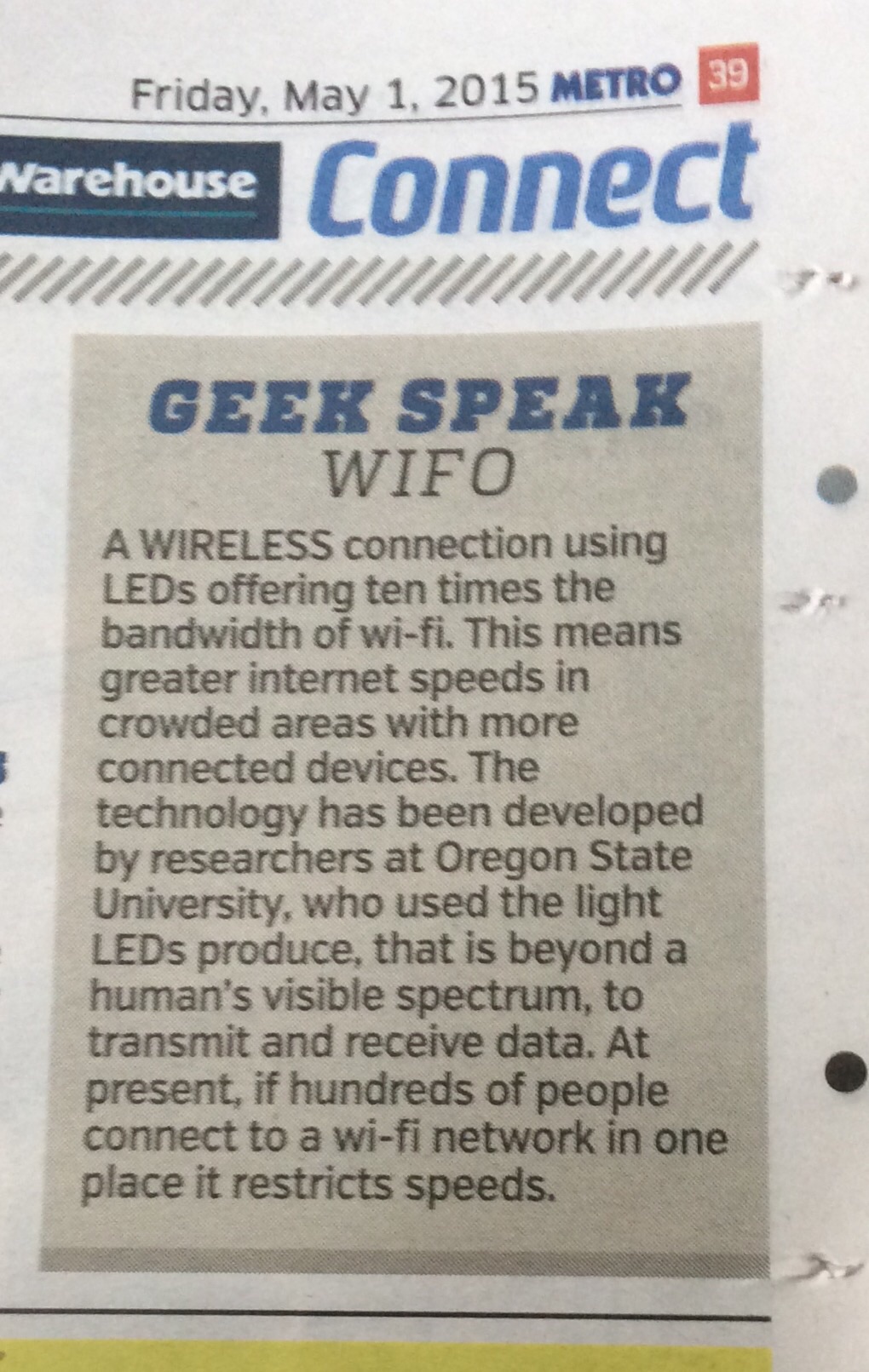 This intrigued me, as IR (infra-red), was a technology that was used on computers and laptops 20 years ago. It back in the days before Wi-Fi when computers used serial ports and parallel ports to connect to each other and peripherals. The IR port was a wireless version of the serial port. It was used to connect to things like keyboards, mice, printers and other computers. It worked well enough, or at least as well as most technologies did in those days :). But it suffered from one major drawback. It's a line of sight technology. The transmitter and receiver have to be able to see each other, and since IR is invisible to human eyes you couldn't see when the ports were properly aligned. Many happy hours of jiggling laptops and PDAs to get them to talk to each other. More seriously, this meant it won't work if your device was in your pocket. Bluetooth & Wi-Fi were direct replacement technologies that allows devices to talk to each other without worrying about line of sight. As these took off, IR ports disappeared.

So why has it reappeared here? Simply answer is speed. It's promising much faster speeds. My curosity was up so I went looking for more details. 4G, an iPad and a train journey are wonderful research tools :). I found a number of articles most of which were just a rehash of the basic facts, but did find some that went into more detail.

And some original stuff from Oregon State University:

What was fascinating was that none of these articles mentioned the line of sight limitation. I'm guessing that they overcome it because it's a hybrid technology that uses LED and Wi-Fi, jumping between the two as needed. If line of sight becomes block, presumably it jumps to Wi-Fi.

Sadly, I'm not sure it will take off. It'd require optical receivers to be builtin to laptops and tablets again and I don't think there's enough of a need to push manufacturers to do it :(

But I love the fact people are still thinking and playing and pushing the boundaries of the technology and mixing the old and the current to produce the new. Long may it continue :D.