Now the raised beds are finished ... or at least ready for soil ... and we've tidied up the bottom of the garden, it's time to think about the composting bins.

In an ideal world we'd have 3, so you could have the standard: filling, maturing, and using; setup. But we only have space for 2, well if we want to leave space for a garden shed in the future anyway.

We could buy some, but we still have some of the reclaimed decking we used for constructing the smaller raised beds, so we we thought we'd have a go at building our own. That means we can make them exactly the shape we want, with all the features we want.

We had a bit of a brain storming session over the weekend and this is preliminary design we came up with ... 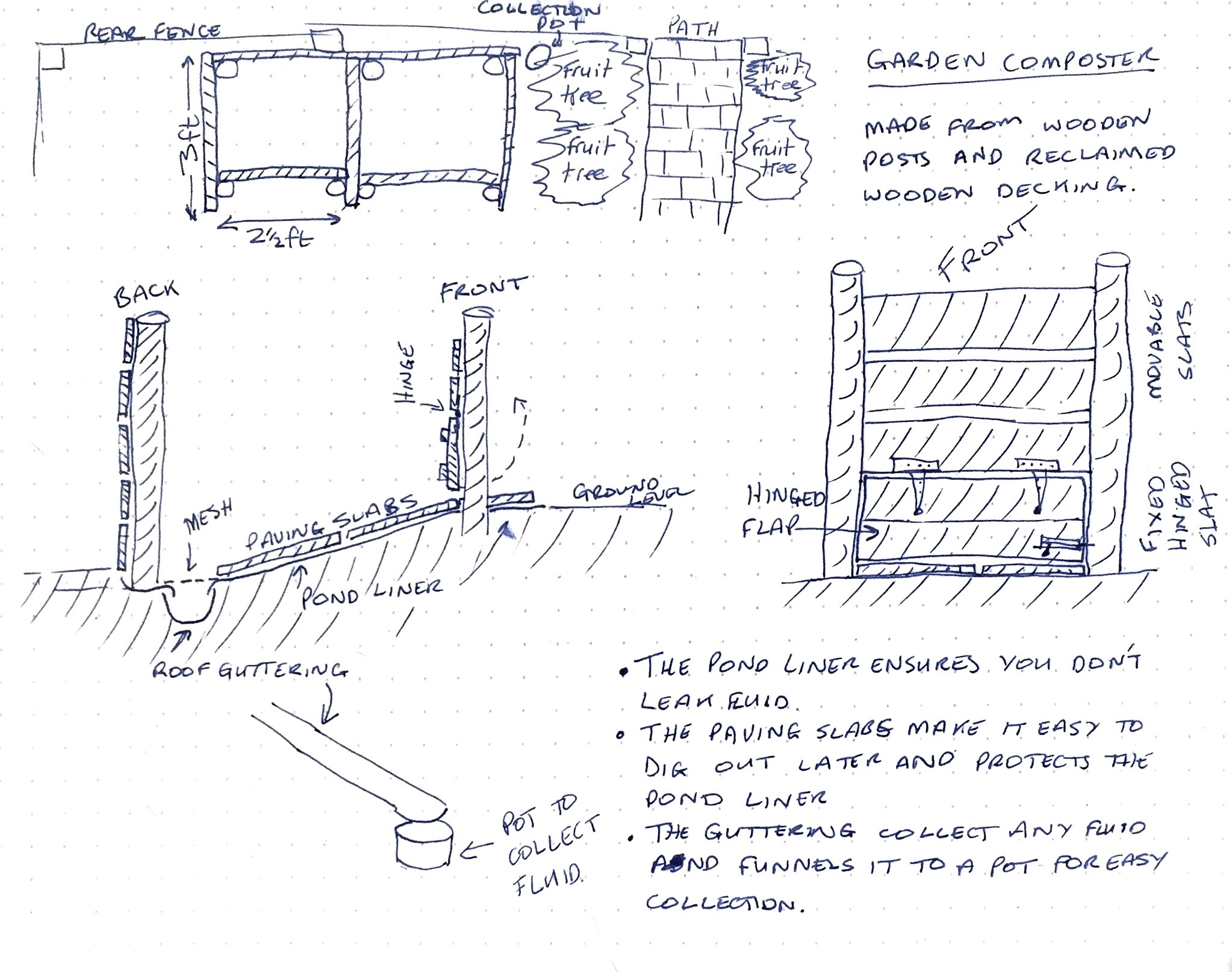 We had to buy the posts for this project, seven in all @ £2.67each, so £18.69 in total. We could have used some existing we have at the stables, but they're not in the best condition and we didn't want to have to rebuild everything in a couple of years. We did look at using angle iron posts for the corners as an even longer term solution, but that would have tripled the cost (ouch!).

The post are pressure treated so they should last for quite a few years. But just to be sure we're going to paint the posts with bitumen paint to make them even more resistant. This might seem like over kill, but we're on clay soil and it tends to rot out wood in it quite quickly.

We're planning to put lids on the bins, but those will be made from some marine ply and roofing felt scraps that we have hanging around.

The total cost so far is about £50, which seems like a lot, but as I said at the start, it means we'll get exactly what we want. I don't think we've particularly saved money by doing it this way, but there is something immensely satisfying about building things yourself :-)