So you hate a particular group of people and you really want to vent against them, but you know people won't tolerate such behaviour and anyway there are these inconvenient things called anti-hate laws (in the U.K. the Racial and Religious Hatred Act 2006), so how do you do it?

You post in a passive-aggressive style and pass it off as a joke.

A classic example of this popped up on my timeline in Facebook a few days ago. It is a post that is full of bigotry, sectarianism, persecution & intolerance ... but all carefully disguised to appear to be harmless. 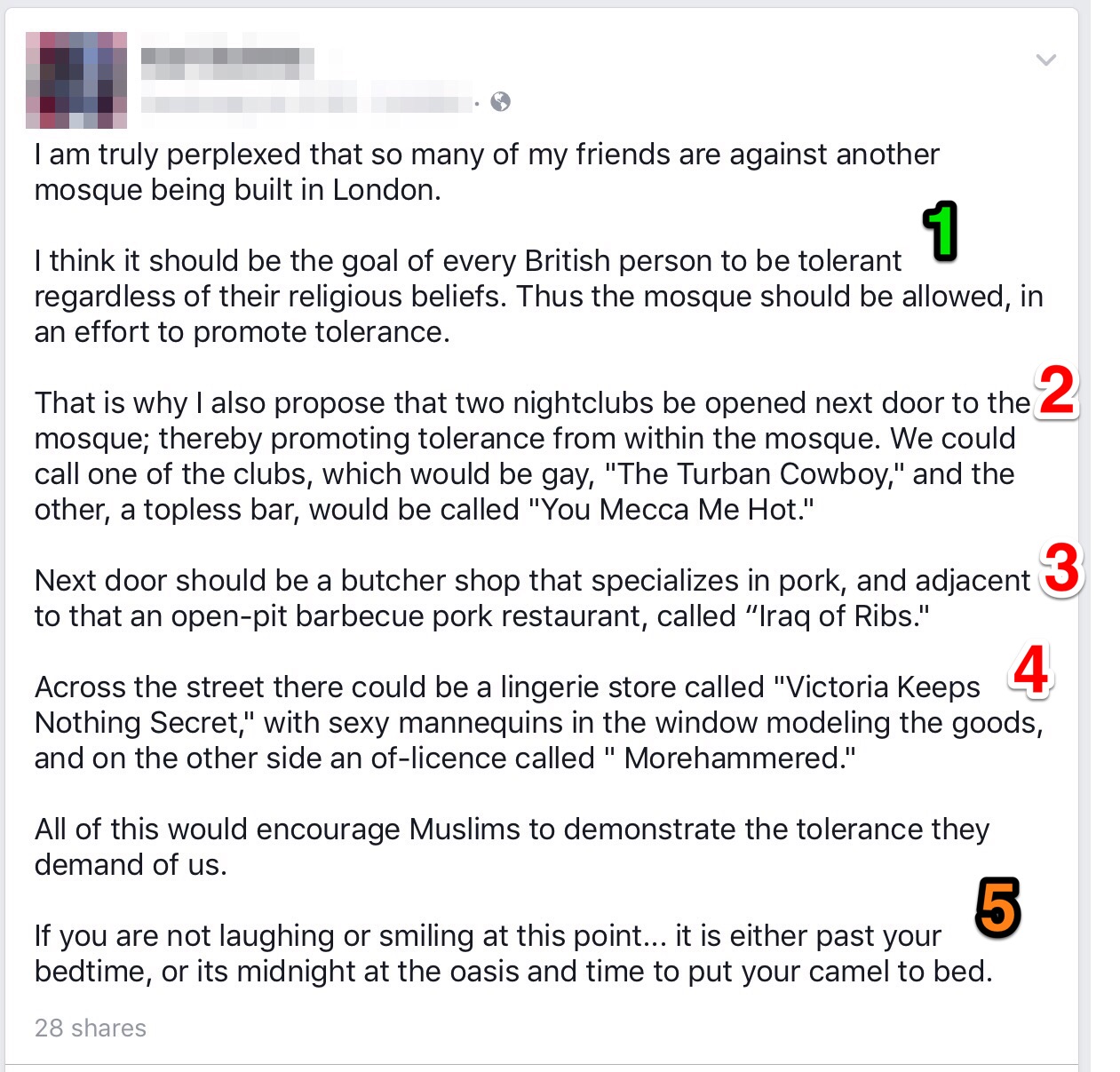 So lets have a look at this seemingly harmless little post a little closer shall we? Let's begin by dissecting it.

You start by making what appears on the surface to be a positive statement (1). This is designed to disarm people, making them think that you and your post is harmless.

But you then launch in with the real meat of your post - a series of statements that are deliberately designed to be as offensive as possible to a religious minority (2, 3, & 4).

To further cover your tracks, and just in case anyone in authority sees through your thinly disguised attempts to incite religious hatred, you try to pass it off as a joke (5). You also, in classic passive-aggressive style, say that anyone who doesn't get the joke is at fault, not you.

Beware of this type of post, and particularly beware the type of person who will construct and post such an attack. They will appear to be one thing on the surface, and are quite another underneath. 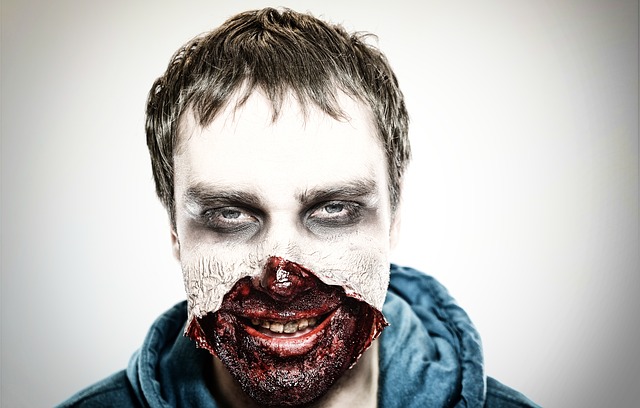